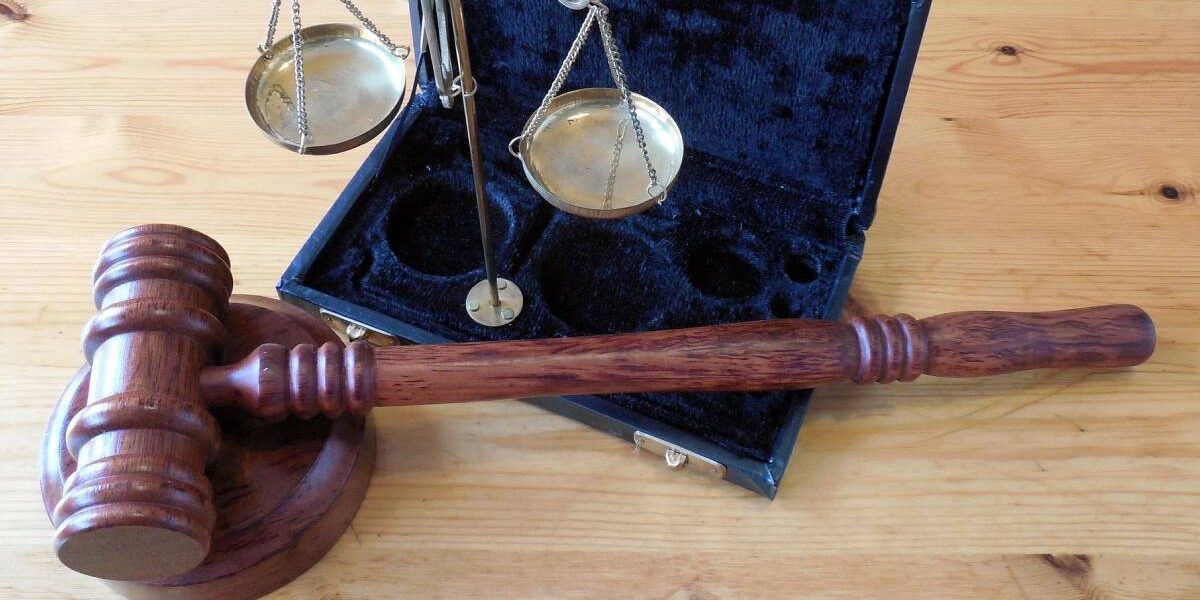 Do I Have Legal Issues If I Breach Of Court Order?

Ontario Courts have to make sure that their resolutions are forced and are not pleased when you breach Court orders. Breaching a Court order is a delicate affair, and Ontario Courts can enforce severe penalties on the convicted.

According to Ontario Breach of Court Order Lawyers, a Court order is a Court’s legal resolution. It’s easy to recognise a Court order because there is a Court seal in the document.

There are different types of Court orders:

These types of Court orders are established during the case. Usually, these orders are related to case matters, such as ordering the Crown Attorney to allow you access to particular evidence. However, these orders can also be injunctions, such as calling the Government not to expel someone from the country during the trial.

Final orders are those where the  Court has settled the dispute and granted one side a solution. These remedies are usually:

Please note that all  Court orders are mandatory. They should be obeyed by those involved in the case. If someone isn’t supporting a  Court order, consequences can occur to fulfill the order. However, it’s essential to understand that each Court order has its guidelines for enforcement.

At Richmond Hill Affordable Criminal Lawyer Plug, you can find a team of attorneys that will be with you from the moment you realise you’re under police investigation. During bail, our team of Ontario Bail Lawyers will guide you and fight for your rights.

When an individual is arrested, a Court can grant bail pending the resolution of a criminal matter. Usually, releasing a person comes with quite a few court orders or requirements. The most common ones are:

It’s imperative to follow any Court order. If you disobey the requirements of an order, you’re beaching the conditions, resulting in apprehension, fines, etc.

It’s wise to consult with an Ontario Probation Violations Lawyer if you have any doubt about how to comply with Court orders or breach a condition.

For instance, if you can’t attend Court on the established date, it’s imperative to contact an Ontario Failing to Attend Court Lawyer at 647-490-7660, so your attorney can represent you and explain to the court your absence.

If an individual misses Court, the Judge will most likely issue a warrant for their apprehension. If the person doesn’t show up for photos and fingerprints, the police will deliver that warrant.

It’s possible to drop that warrant by the Judge if your Ontario Failure to Appear (in Court) Lawyer appears in court and explains your absence.

However, this needs to be done immediately because, after 48 hours, it’s impossible to have the warrant annulled by the Justice of the Peace. In this case, your attorney will make preparatory measures to help surrender yourself to the Police to comply with the warrant.

Please note that you’ll be charged with another criminal offence if you fail to appear in Court.

Fortunately, a skillful Ontario Failure To Comply Bail Lawyer to demonstrate to the Police that you could not remember the date of your appearance and that the accusation of failing to appear in Court shouldn’t be placed.

If you neglect appearing in Court, you’ll need to go to the Police station for processing. Once this is done, you’ll go to an Ontario Courthouse for a Bail Hearing. If your criminal defence attorney can avoid a charge of failing to appear, the Court will keep the same bail terms as before.

Assuming that you’re accused of failure to appear in Court, your Ontario Bail Hearing Lawyer will provide you legal assistance for this new accusation and will fight on your behalf to avoid losing bail for this new criminal offence.

In case that you’re convicted of failing to appear, it’s plausible not to receive a guilty sentence. However, in most cases, Judges will dictate jail convictions up to a maximum of 180 days for the crime.

No matter what the punishment is, if you’re sentenced for failing to appear in Court, your chances of being released at a Bail Hearing diminish.

The same is true if you breach bail conditions.

In Canada, an individual is innocent until proven guilty. That’s why most people that are arrested can obtain bail until the Trial occurs.

Typically a suspect can be released on the promise to show up on Trial. In some cases, the Judge forced bail restrictions to ensure the public’s safety, secure the offender’s appearance in Court or keep the community’s trust in the Canadian criminal justice system.

According to s.145(3) of the Canadian Criminal Code, you commit a crime if you breach bail conditions. It’s the Crown attorney’s job to prove beyond reasonable doubt that the offender had the criminal intent to violate the bail conditions.

Having an Ontario Breach of Bail Lawyer on your corner is the best way to avoid legal consequences.

At Richmond Hill Affordable Criminal Lawyer Plug, we know how to protect your rights and protect you in Court, including legal matters involving bail conditions.

Our Ontario Bail Violations Lawyers team can discuss the options available to guide you through this stressful and frightening time.

Call us at 647-490-7660 or contact us online and request your free consultation. We promise to be by your side every step of the process. Remember, we are experienced and affordable criminal defence lawyers in Ontario.

What is Fail To Comply with Recognizance?

This means that you can be accused of Fail to Comply with Recognizance or Undertaking in case that you violate a Supervisory Order that has been ordered awaiting a criminal allegation. This criminal offence usually leads to jail if you’re found guilty.

Working hand-by-hand with an Ontario Fail to Comply with Recognizance Lawyer is the most effective way to avoid a conviction.

Remember, it’s the Crown attorney’s job to present enough evidence to prove that the offender breached one or more of the conditions and that the suspect intended to violate those conditions.

Fortunately, there are many ways a capable Ontario Fail to Comply with Bail Recognizance Lawyer can help you.

That’s why the first step is to call 647-490-7660 and request your free consultation. This way, you can receive proper legal advice and viable defence strategies that apply in your case.

What is the Breach of Weapons Prohibition?

An individual can be accused of Breach of Weapons Prohibition when used or possessed limited or prohibited firearms, devices, ammunition, explosive substance, and crossbows.

It’s considered a crime if the court has given a mandatory or discretionary order after a person has been sentenced to a crime.

A weapons prohibition order is obligatory when a person has been convicted for a particularly violent crime such as sexual assault, criminal harassment, trafficking or producing illegal drugs, an indictable offence involving violence or the threat of violence, etc.

Usually, a Judge will determine a weapons prohibition using their discretion to consider it’s in the community’s best interests and the convicted individual.

Ontario Breach of Weapons Prohibition Lawyers can provide you with proper legal representation to avoid harsh punishments such as jail time.

When Can I Be Charged With Perjury and Obstruction Of Justice?

According to Canada’s Criminal Code, you can be charged with obstruction of justice if you try, in any way, to restrict, distort, or defeat a judicial proceeding.

For instance, threatening someone to refrain from testifying on Trial or give false testimony is considered an obstruction of justice.

Providing dishonest facts to a Police officer is also considered an obstruction of justice.

It’s not acceptable to lie about your name, address, connection in a legal case, or hide the identity of an individual involved, resulting in charges of obstruction of justice.

Keep in mind that you can remain silent, but if you decide to talk about a case under investigation, it’s a crime trying to mislead the investigation.

To be sentenced by obstructing justice, the Crown attorney must prove that the accused was indeed trying to interfere, misrepresent or defeat the course of justice.

If the offence is preceded by indictment, you can spend a maximum of ten years in Jail. This criminal offence can also be prosecuted by the summary conviction, which is a lessened penalty.

According to section 139(2) of the Canadian Criminal Code, a person must have the explicit intent to obstruct justice. This means that an honest error of judgment isn’t enough to convict a person.

For instance, if someone is accused of encouraging another person to provide false evidence, the Crown Attorney must prove that the offender knew that the information was incorrect.

Remember, a person can only be found guilty of obstruction of justice when the Crown Attorney can prove that the offender deliberately and intentionally interferes with a criminal investigation or Court actions.

An individual can be confronted with perjury if they lie under oath, which is another way to obstruct justice.

Remember, the primary job of the legal system is to uncover the truth. There are harsh consequences for those found guilty of perjury, such as prosecution, prison, impeachment, and criminal record.

Ontario Perjury Lawyers explain that to be charged with perjury, a witness under oath must declare something they know isn’t true in a court. A perjury charge only applies when:

We recommend always consulting with an experienced Ontario Perjury Lawyer to determine why you’re being charged with perjury and find the best defence strategy in your case.

It’s wise to contact Richmond Hill Affordable Criminal Lawyer Plug Plug if you suspect you’re being under investigation for committing perjury. The sooner a criminal defence attorney knows about the case, the easiest it’s to solve it.