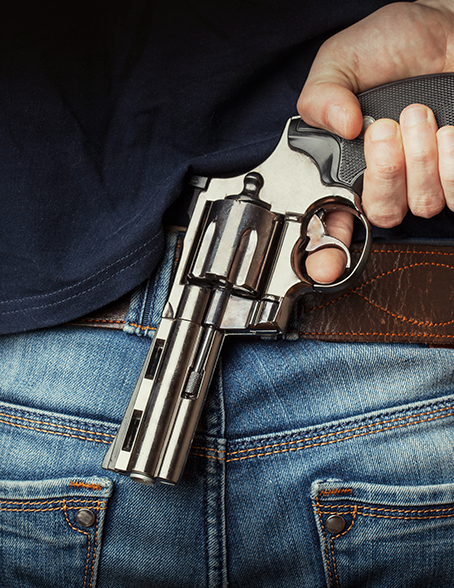 Have you been charged with Assault with a Weapon? If yes, you should know that your life might be changing forever. But, here at Lawyer Plug, we are ready to fight for your rights.

What is Assault with a Weapon?

Assault in an act where a person applies force intentionally or recklessly against another individual without their consent and legal justification or excuse.

Assault with a Weapon is a general criminal classification. For instance, “imploring” for money while lifting a weapon is considered an attack.

When a person uses a weapon as an accessory of power to apply force against someone, it is considered assault with a weapon.

Constitute Assault with a Weapon any acts such as:

Keep in mind that carrying a weapon openly while perpetrating an assault can lead to more severe accusations imposed on you. Threatening someone with a weapon is a crime that can be punished by prison.

A weapon is anything that can be used to cause bodily harm or physical damage. The most common examples are:

Can Consent Be Used As Defence?

No, it cannot be used as a defence, as it is challenging consenting to a situation where the use of weapons is allowed.

On some occasions, such as sporting activities, this rule can be an exception, as there can be minor contact with less dangerous weapons.

Penalty for Assault with a Weapon

Assault with a weapon is stated under section 267 of the Criminal Code of Canada. You can be facing up to ten years behind bars if you are convicted for assault with a weapon.  If the Crown decides to proceed by summary conviction, you could spend 18 months in prison.

If you are found guilty of Assault with a Weapon, the impact can seriously affect your employment prospects, travelling plans, and future.

Richmond Hill Affordable Criminal Lawyer Plug has experience representing individuals accused of Assault with a Weapon. The goal for any Ontario criminal lawyer is to help a client reduce the penalties they face, or eliminate charges dramatically.

Assault offences involve intentionally applying, attempting, or threatening to use force to another individual without their consent.

The sentence imposed for an assault conviction depends on the type of assault and the circumstances of each case.

Call Richmond Hill Affordable Criminal Lawyer Plug immediately as it is not wise to face the Canadian Criminal system alone.

More Services
error: Content is protected !!
Open chat
1
Powered by
Hello, How can we help you?
Free Consultation