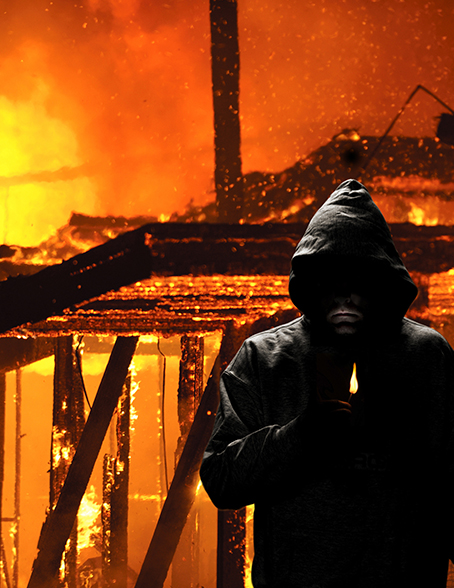 Mischief involves willfully destroying or damaging property; rendering property dangerous, useless, inoperative or ineffective; or obstructing, interrupting or interfering with any person in the lawful use, enjoyment, or operation of property. Mischief may also involve “cyber mischief,” which includes the same type of conduct just outlined—but with respect to computer data.  Good Mischief Lawyers are experienced with Arson and other related type of accusations.

The sentence imposed for an Arson or Mischief conviction depends on the circumstances of each individual case. Nevertheless, a conviction for any criminal offence will result in a criminal record, which can negatively impact many areas of your life including your reputation, your ability to maintain or obtain employment, and your ability to travel to other countries like the United States. In addition, a conviction for these offences may carry other penalties, including a potentially lengthy term of imprisonment.

We are Mischief Lawyers with Affordable Rates

Are you looking for a Mischief Lawyers with experience and who have affordable rates?  Contact our office if you have been accused and or arrest of mischief and are looking on advice on what is the best course of action to avoid conviction and harsh consequences.  Mischief Lawyers are always here to answer questions by phone and in our office.

You can also contact one of our lawyer for traffic act charges and provincial offences.

What is the difference between a charge of mischief under $5,000 and mischief over $5,000?

What if the damage was caused accidentally?

It is a requirement of the Criminal Code that the person who committed mischief acted “willfully”. An unintentional or accidental act will not meet the standard of willfully damaging property sufficient to trigger criminal consequences.

Now is not the time to delay! Your reputation, future, and freedom are too important. In all cases, you are well advised to immediately speak with Lawyer Plug so we can evaluate your case, get your side of the story, and relentlessly defend you against your charges.